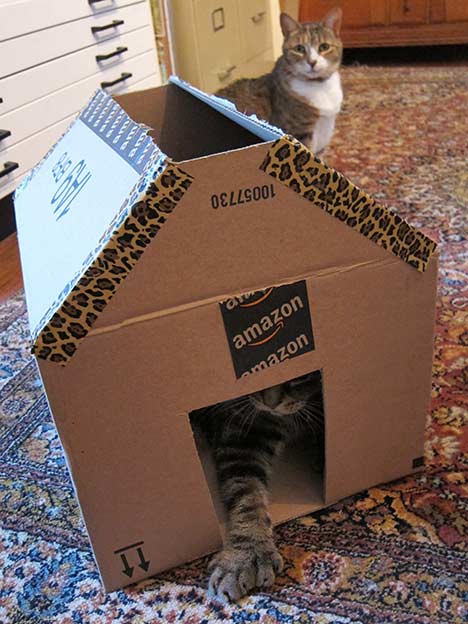 Maggie got something in the mail, and all we got is this stinkin’ box. 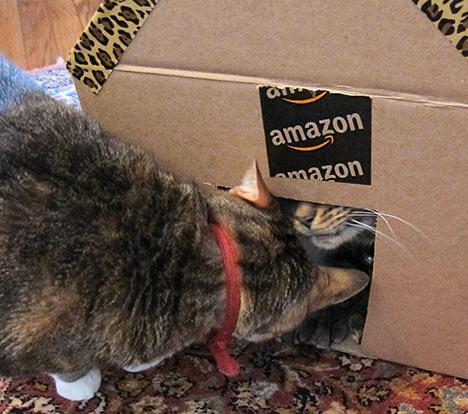 “Whatcha got in there, Tommie?” 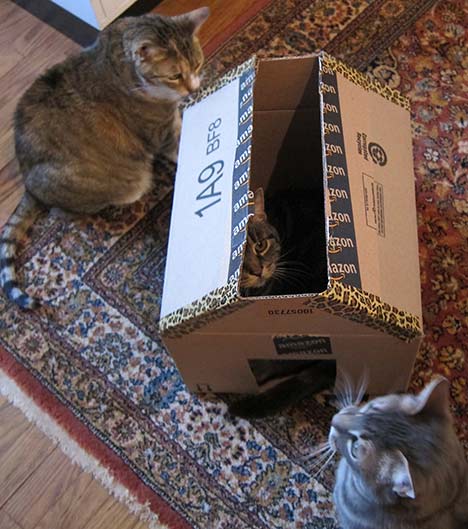 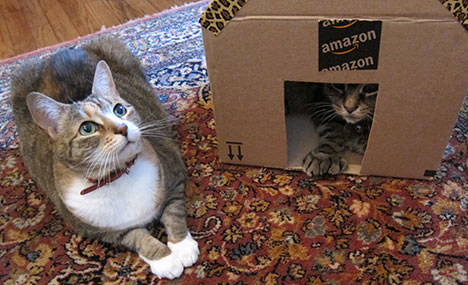 Gracie sighs, “Will it be my turn soon?” 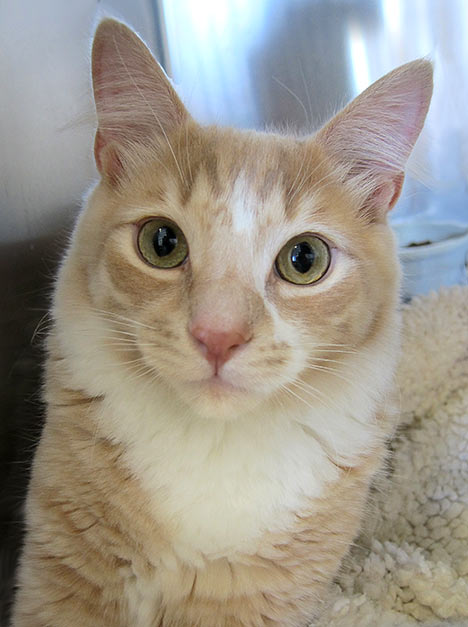 Handsome Tommy is shy and slowly warming up to people. This young cat is waiting at PAWS for his own true love. Won’t you be his Valentine?

Meanwhile back at my house… 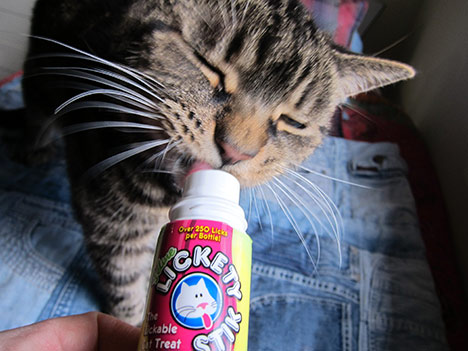 Tommie has a new favorite low calorie treat. It’s only one calorie per twenty licks. The difficult part is trying to count his lightning fast licks.
It’s available in lots of flavors and they even make it for dogs.

The Calm Before The Storm

Last weekend Tommie and I celebrated the change of seasons. 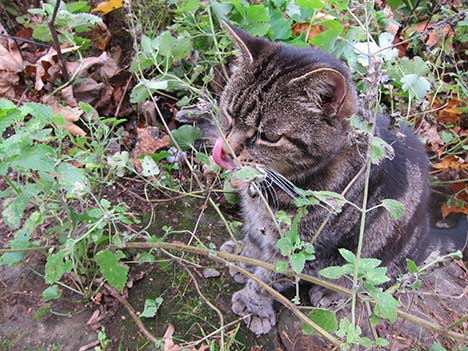 He checked out the last bits of catnip in the garden. 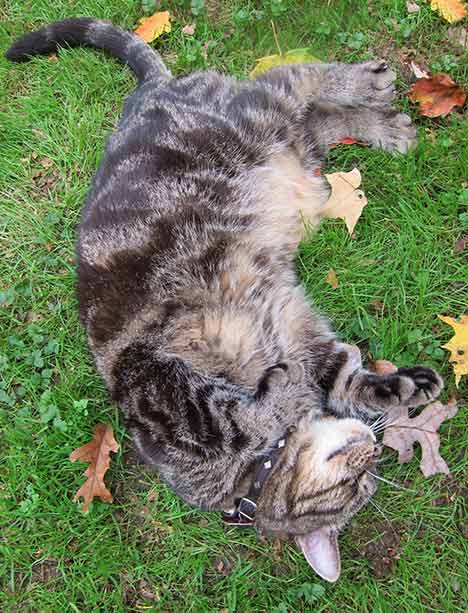 And he judged it a very fine year for nip.

We are getting back to normal here in Connecticut after the storm. PAWS never lost electrical power, so the shelter cats were safe. 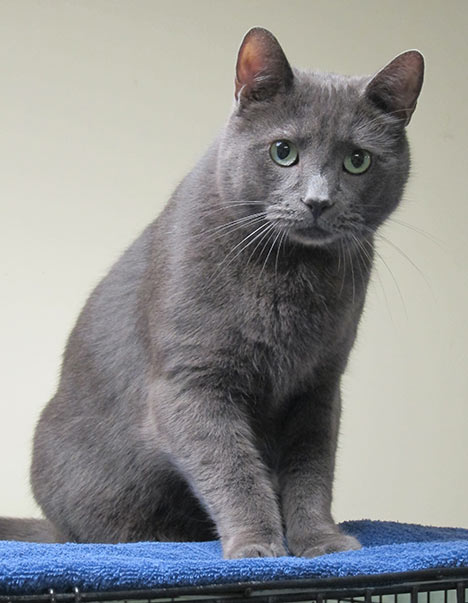 This is Shadow. His brother Sparky is hanging out in his hammock below. 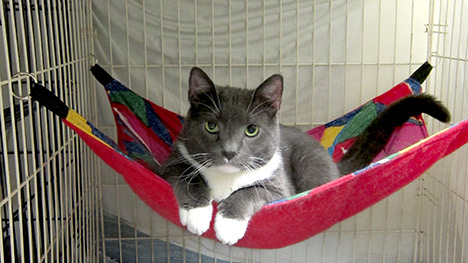 These are two very fine cats waiting for homes at PAWS. They have a funny habit of splashing the water in their bowls. Quite often they need dry bedding when they’ve been too enthusiastic. I wonder where they learned that trick? Is it genetic? Maybe they were fishing cats. 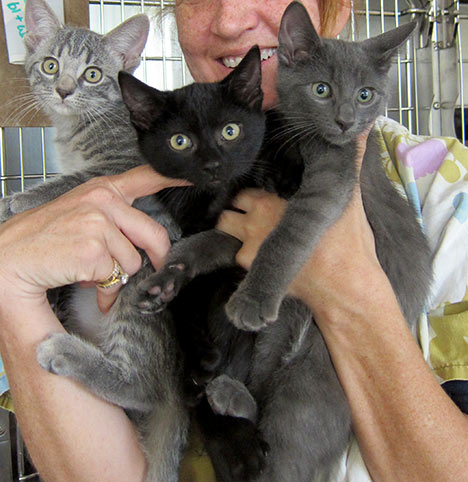 Fendi, Vuitton, and Ferragamo are back at the shelter and available for adoption. They were fostered by PAWS volunteer Cheryl with their momcat Givenchy and two other kittens (Hermes and Dior have already been adopted).
They’ve been well loved and are very affectionate and playful. Cheryl had her hands full, but she did a great job socializing them. 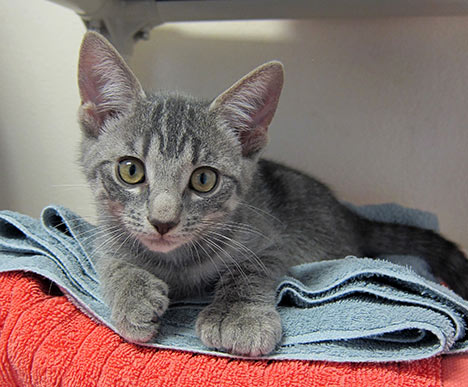 This is Fendi, she and her brother Vuitton are polydactyl. 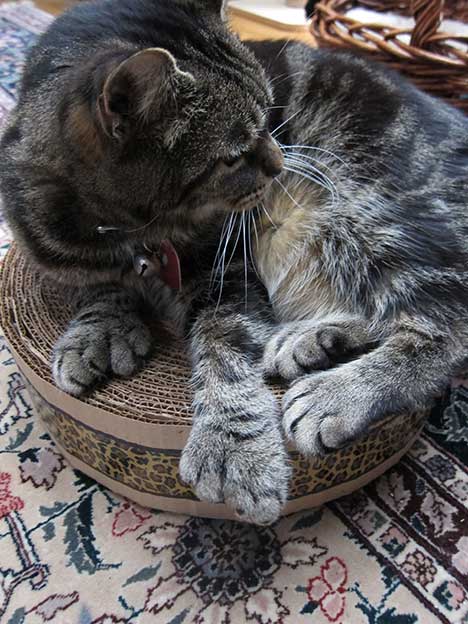 After the Holidays, we had a lot of cardboard boxes in the garage.
You will need way too much time on your hands, a glue gun, and many many long strips of cardboard for this project…. 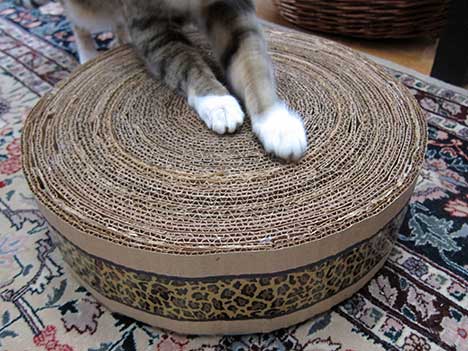 but the cats really are using it! Directions HERE. 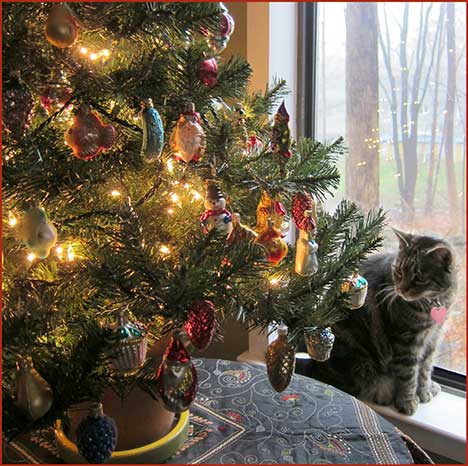 “May your days be merry and bright…”
(but we could do without the white stuff). 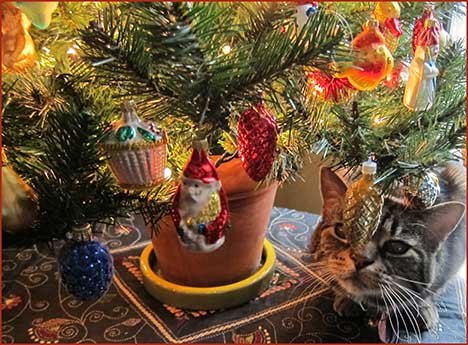 The best decorations have fur. 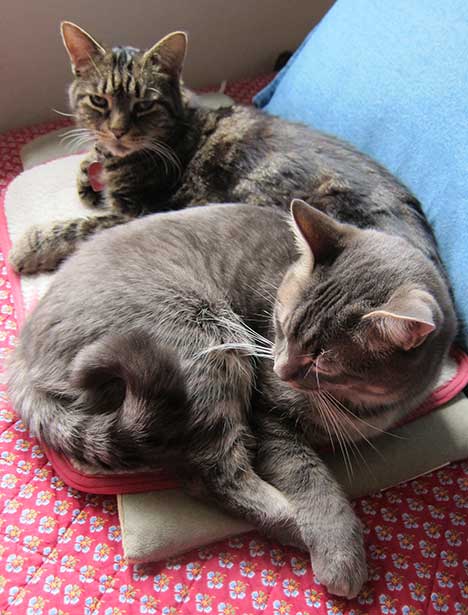 You’ve probably been wondering how our own furry family has been doing. 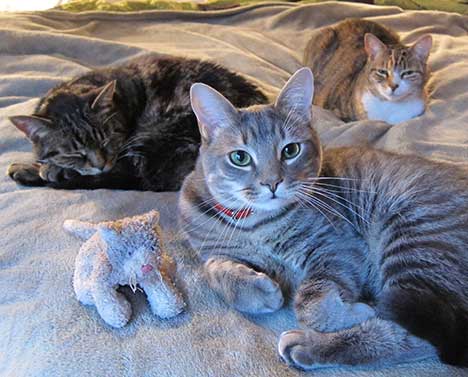 Tommie, Ms. Grace Lillian, and Mickey Mouser have formed a club which meets frequently during the day at various locations around the house. 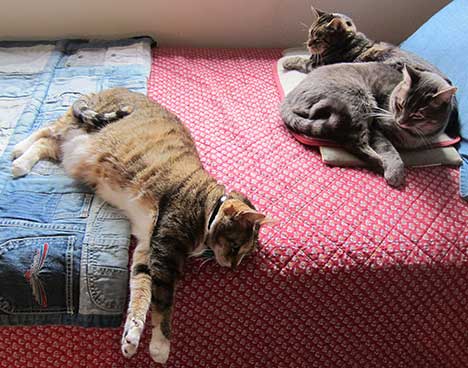 Last Fall I wrote several times about the bumpy road we were traveling trying to ease baby Mickey into the family. Time and patience took care of most of the problems.
If you’re in that situation with your own cats, hang in there!

Notice the paws of the kittens in the cage on the right. They are “Hemingway kittens” and come with extra bonus toes.

Having lived with a polydactyl tabby cat for 13 years, I maintain that they are the sweetest tempered and most easy going cats (except when they want their breakfast)! Anybody want to comment?