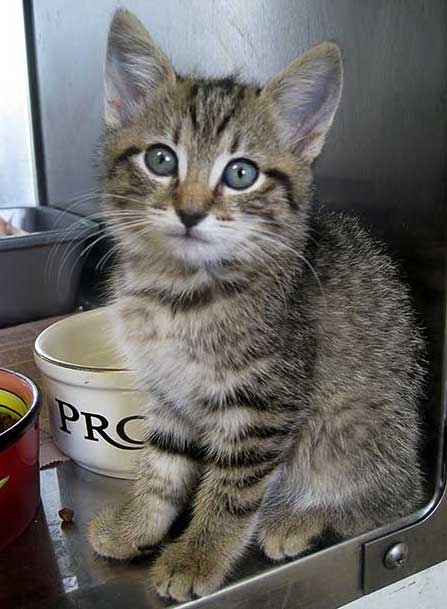 One of the volunteers said, “I wouldn’t adopt a kitten. They’re too much work.” I know if I adopted a kitten, NO work would get done. ‘Kitten Wrangler’ would be my new profession. 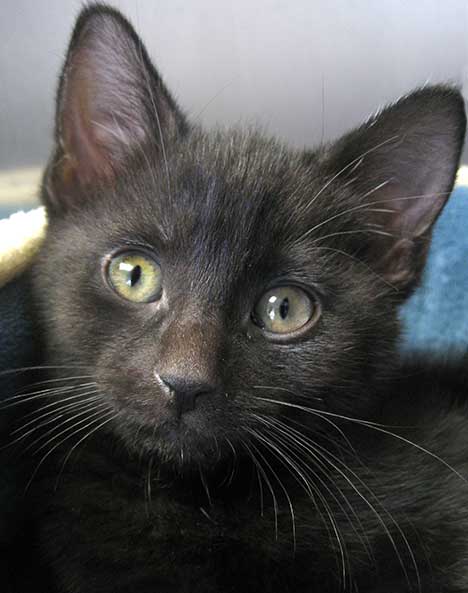 Kittens come into the shelter and are mostly adopted right away, unless they are too young or need extra care. Chances are, I won’t see this kitten when I go to PAWS next Sunday. Have a wonderful life, sweet little kitten! 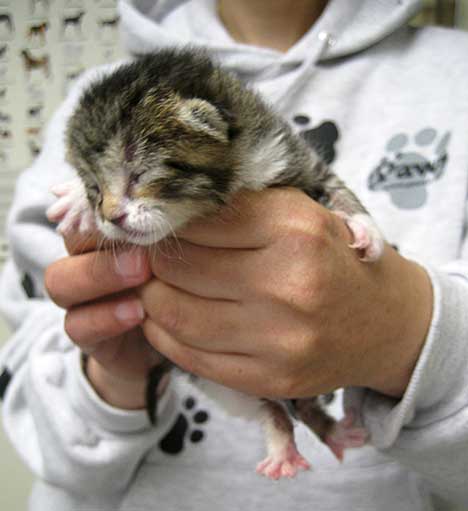 This kitten is bottle fed every two hours around the clock by the devoted and tired head of our shelter.

In Kitten World, everything is a toy… including camera straps. 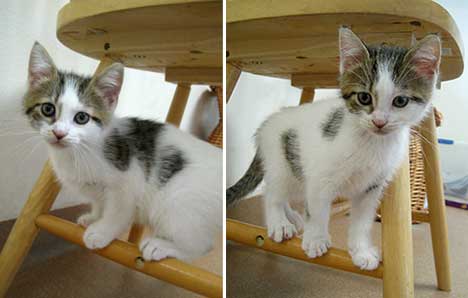 Today I saw the first kitten of the Spring season at PAWS. Her name is Tara, and her brothers, Eros, Zeus, and Pixie have already been adopted.
Jellybean, a 4 month old very tolerant and friendly young cat, is keeping her company despite Tara’s attempts to nurse. Surprise, Jellybean! 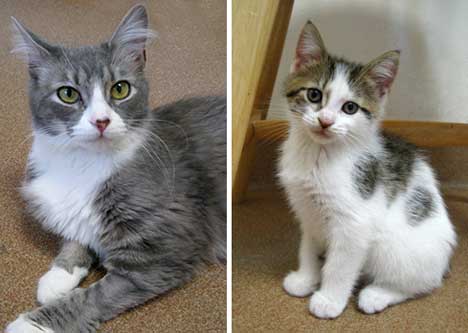 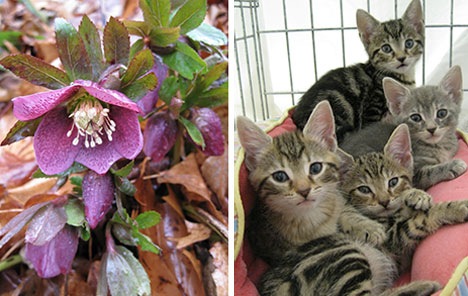 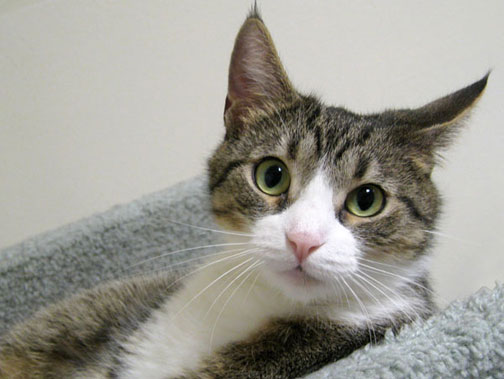 I made some funny noises to get little Rachael’s attention this morning. I’ve been reading an interesting book called “Animals Make Us Human” by Temple Grandin and Catherine Johnson. They maintain that, “The hardest thing for people is that cats don’t have expressive faces”. Rachael and I disagree. 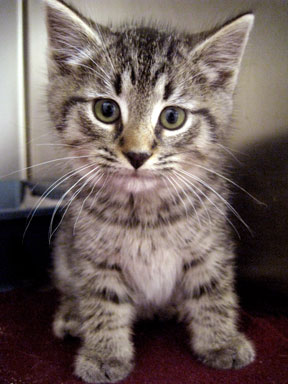 After we clean litter boxes and make sure everyone has fresh water and food, our reward is play time with the kittens. This little guy wasn’t at the shelter very long last Spring.