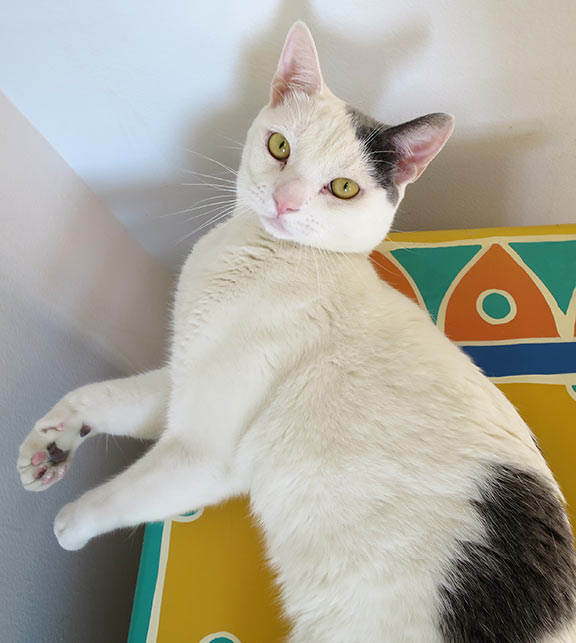 Cove and a number of other cats were abandoned by a highway exit in Connecticut. Fortunately they were spotted in their crate by a Good Samaritan and brought to PAWS. 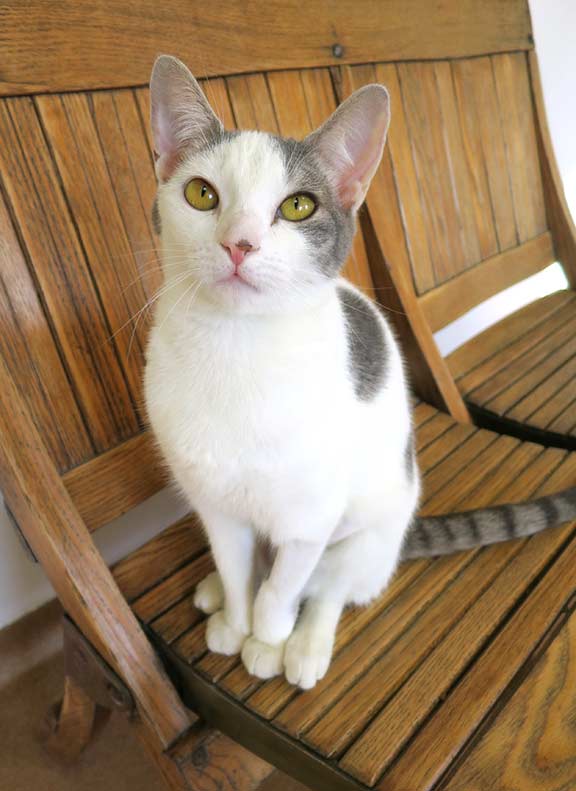 This is Seaside. She is a bit shy, but after her experiences of the last few weeks, it’s not surprising. I’d guess that Cove and Seaside are brother and sister; they share the same beautiful golden eyes. 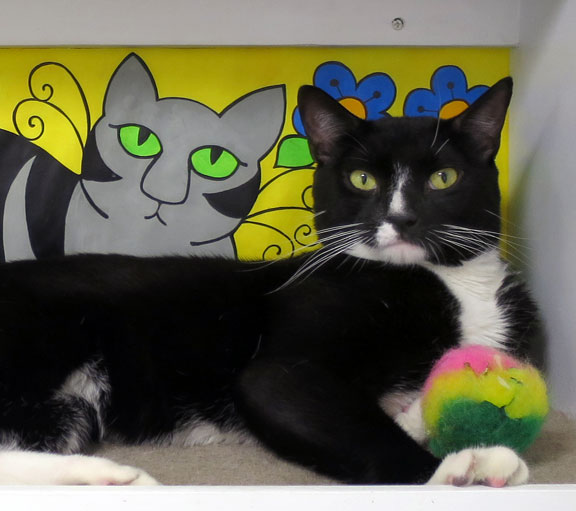 Courtland is calm and easy going. The three cats are all about a year old. They are named after streets in Stamford Ct. which is where they were left. 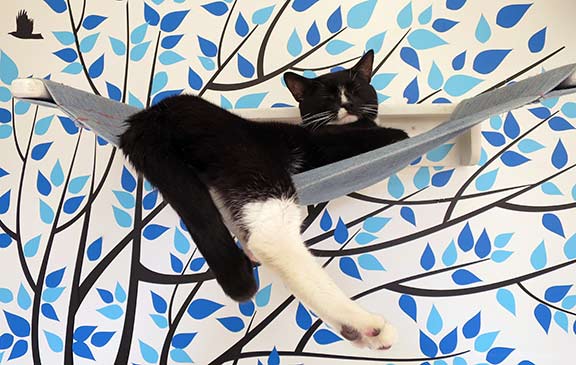 Don’t get too comfortable, Cortland! We want to find you a loving forever home soon.

Oh I am so glad that someone found them. What a horrible thing to do.I know that Paws will find them a good home.

We sure hope you sweeties get to go to a real forever home soon, and together would be cool!

We spent lots of time with these babies this weekend. They are all such sweet, wonderful and loving cats. We sure hope karma pays a visit whoever left them on the side of the road like that. Just saying.

How scary they were left by highway…SO glad someone found and rescued them. They are safe and loved at PAWS!
Courtland sure looks super comfy there 🙂 I hope they all find forever home very soon xoxo

Thank goodness they were found quickly by someone who saw them at the road side. The people who left them there need their heads examining to see if they have a brain.

What beautiful kitties! We’re glad they were found and brought to the shelter. Now to find them furever homes!

I don’t know bout their brains, but they sure have no hearts.
Maggie

All such beauties, I hope they get their forever homes soon.

Too bad the people who did it didn’t get run over by a car AFTER they left them (sorry….but this makes me sick)….I just tweeted them and shared on Cody’s Facebook page xoxoxo

Such a sweetie – I’d love to adopt this pretty kitty.
Thanks for sharing at http://image-in-ing.blogspot.com/2016/07/bottoms-up.html

So glad they were found. They are both gorgeous kitties.

Oh, they are adorable and look so sweet. How heartwarming that they were rescued. I volunteer at the local Humane Society and love seeing people fall in love with the animals and happily adopt!

OH you are ALL so totally gorgeous. And seeing Cove’s adorable hat slanted over her ear on the right side of her sweet head…oh my goodness.

Can’t imagine why people abandon animals. Glad these were rescued and will be going to new homes.

They are so cute. Glad they were rescued. We’s sharin’ and purrayin’.

Thank goodness someone found them! I hope they find their purr-fect homes soon. ♥

What sweethearts they are…and so sad that they had to go through that ordeal…how awful. Thank God for the good Samaritan and for them ending up at PAWS where they will be so very loved. Sending big purrs their way for loving, safe forever homes where they are cherished. (PS: Thanks for checking in with us, Maggie, Mickey Mouser, and Rufus the Red, we appreciated that. We are all well, just not able to blog much right now.)