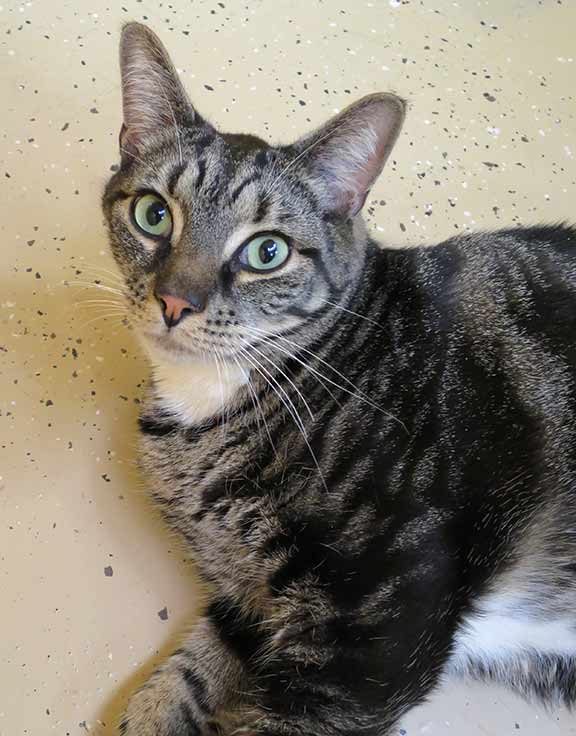 Terrell came to the shelter recently. This is a cat who loves attention and loves being brushed.
Sometimes there’s that moment when you know a cat has had enough.
Or you accidentally find that area on a cat’s body that is off limits…
Well, that doesn’t happen with Terrell! He is so happy to be handled and brushed. 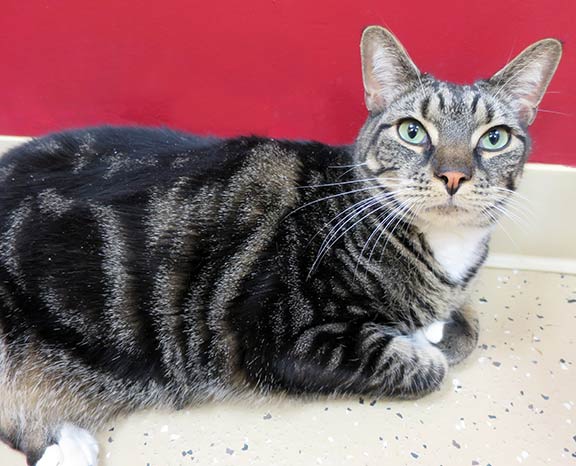 The woman who had Terrell and two other cats was forced to make a difficult decision. She entered an assisted care facility and was only allowed one cat. Terrell was brought to PAWS.
Fortunately, he’s got the kind of sweet personality that attracts adopters. We hope he won’t be at PAWS long.

We hope your are in your new home super soon handsome one!

Terrell is a total love bug! We really enjoyed spending time with him last weekend!

Oh Terrell, you are one handsome boy and we so hope you find that forever home really soon. Too bad his Mom had to give him up. Maggie, thanks so much for the birthday wishes.

Terrell, you are handsome, darling and so deserving of a happy loving home. Thank goodness you are at PAWS!

He is very handsome! How sad the lady had to choose!!! Have shared!

That’s so sad that she had to choose between her babies. Terrell is a fine looking cat, and I hope he finds a new home soon!

Terrell sounds such a sweet, loving kitty! And he is gorgeous. I hope he finds new forever home very soon!

I hope he won’t be at PAWS long either. He’s adorable.

I hope she gets a forever home soon. Where is the other cat that she had?

I am already sad today and this pretty much took me over the edge. The story just breaks my heart. The poor baby doesn’t understand 1) Where the other cat went 2) Why he is there. My heart is breaking. Why couldn’t someone adopt them together??????????
His eyes are exquisite

Such pretty kitties!
Louie was a shelter kitty, and he’s a joy. Hope they find homes soon, too.
Thanks for sharing at http://image-in-ing.blogspot.com/2016/04/the-many-faces-of-louie.html