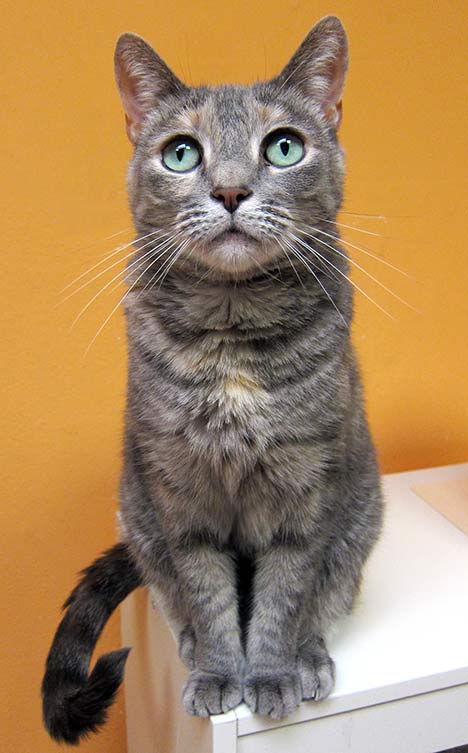 Miss Piggy is eight years old and comes to PAWS as an “owner release” cat. Her information card says that she is independent and has a dominant personality. From what we can tell, so far she has expressed her preference to be an only cat.
Miss Piggy, like her namesake, is a diva. 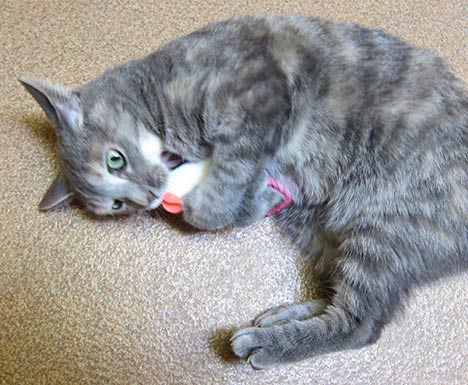 She’s described as a low energy, couch potato.
But give her a mouse toy and stand back… this girl wants to play! 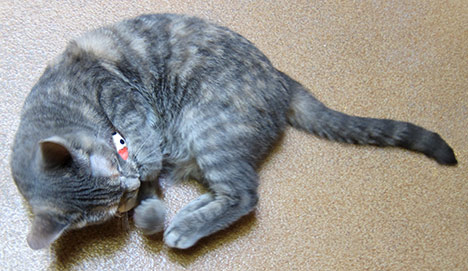 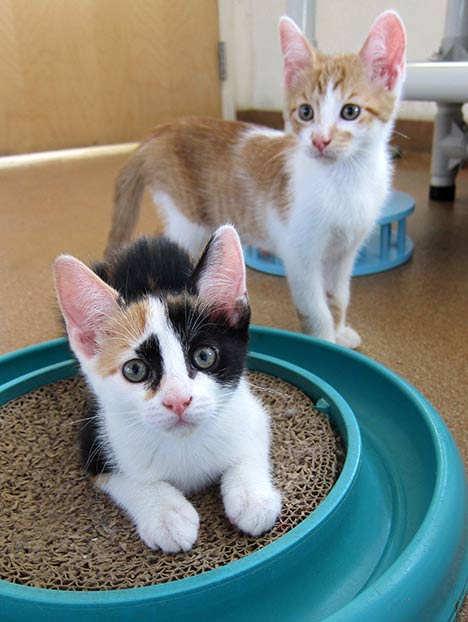 Little orange and white Jesse James was adopted this week. Happy Trails, Jesse!
His sister, calico Annie Oakley, is waiting for her turn.