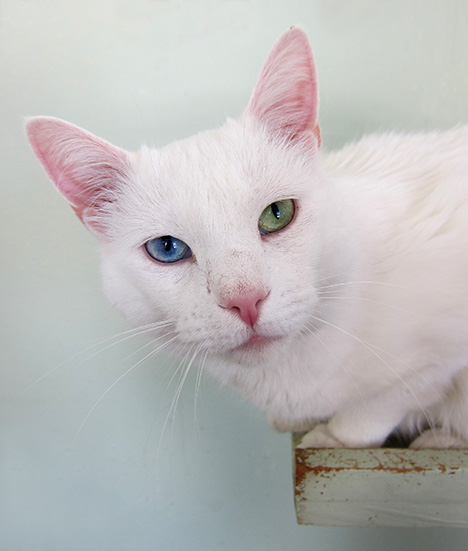 Here’s Tug, a very special two year old cat. According to Wikipedia, if Tug lived in Turkey, he’d be a national treasure, because “the eyes must be as green as the lake and as blue as the sky.” 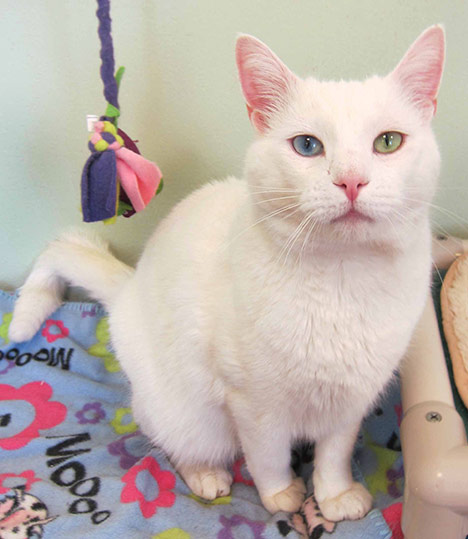 He’s at PAWS for now, but his sweet personality will make him someone’s treasure soon.

Handsome and then some!

Keep my paws crossed that this handsome mancat will find THE purrfect forever home real soon !!

We are sure Tug will find his purrfect home soon.
Luv Hannah and Lucy xx xx

He is STUNNING!! I hear that “odd-eyed” cats are supposed to bring incredibly good luck too!

A National Treasure, Indeed!
Happy Valentine’s Day Tug.
I am sure you will steal someone’s heart forever!

Oh, what a handsome mancat Tug is! We haven’t met him yet, but look forward to doing so this weekend. 🙂

Oh how sweet! is he deaf in one ear?

What beautiful eyes!! Tug sure is a treasure. He will make his future family very happy!

Tug is SO handsome…his eyes are not odd at all, they’re gorgeous!!! Glogirly says he’s match our living room perfectly. She’s a little weird when it comes to decorating. Just ignore her.
; ) Katie