Kosmo and Kramer in November 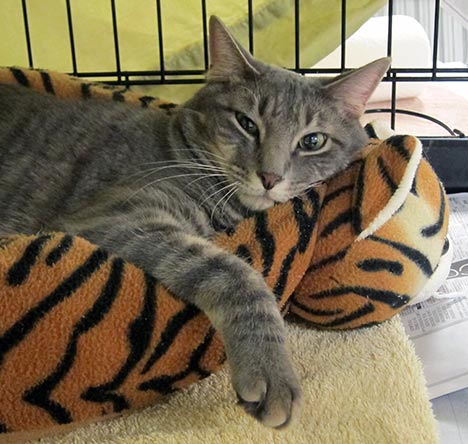 Kramer was having a relaxing morning until the paparazzo started pointing her camera at him. 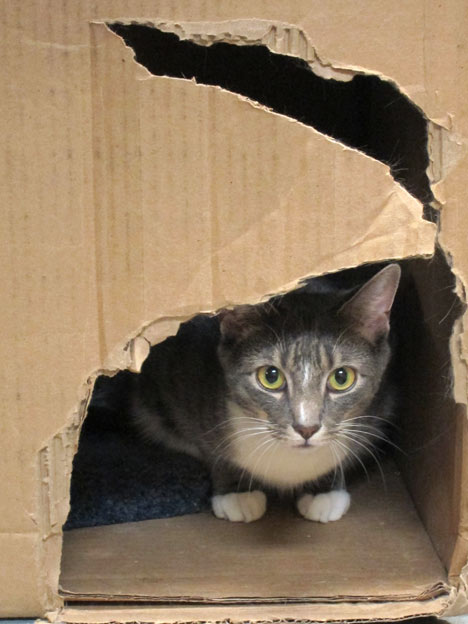 These two playful young tabby cats are devoted to each other. A potential adopter must take both of them. Maybe because there are two of them, and because they aren’t lapcats, they have been at PAWS since they were babies. 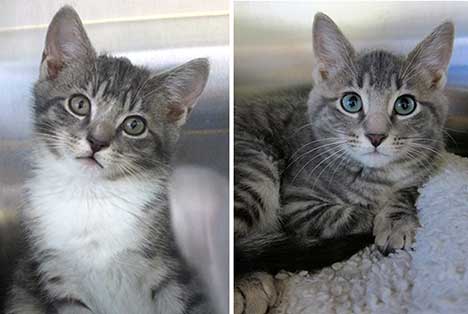 This photograph was on the blog last November.
I wish someone would give them a home. They’d have endless entertainment and a lot of affection once Kosmo and Kramer settled in.

Oh they are adorable!! I hope they find forever home together very soon. My Niko is not a lap kitty. He doesn’t like being held, either but he is the sweetest kitty ever! I know Kosmo and Kramer will make future forever family very happy!

They are such precious tabby boys. We hope their forever families find them soon. 🙂

Kosmo and Kramer really are wonderful cats! They’re starting to get a little more courage, and I’m sure they will do even better once they are in a forever home. 🙂

There has to be a forever home for them somewhere!!! xx

You two so deserve a forever home! Come on, someone fetch!!!

Dear Universe,
Find Kosmo & Kramer the perfect home for Thanksgiving.
Thank you.
PS
When they leave the shelter . . .
My Sundancey Boy would like Kramer’s cool tiger bed.

WE sure hope they find a home together really soon. They are so darn cute. We just have a feeling that someone is going to come along really soon. Take care.

Babies, mommy loves each one of you. If only we had a zillion dollars you’d all live with us. xxxooo

Awwww… I hope Santa can bring them a home…
Purrs